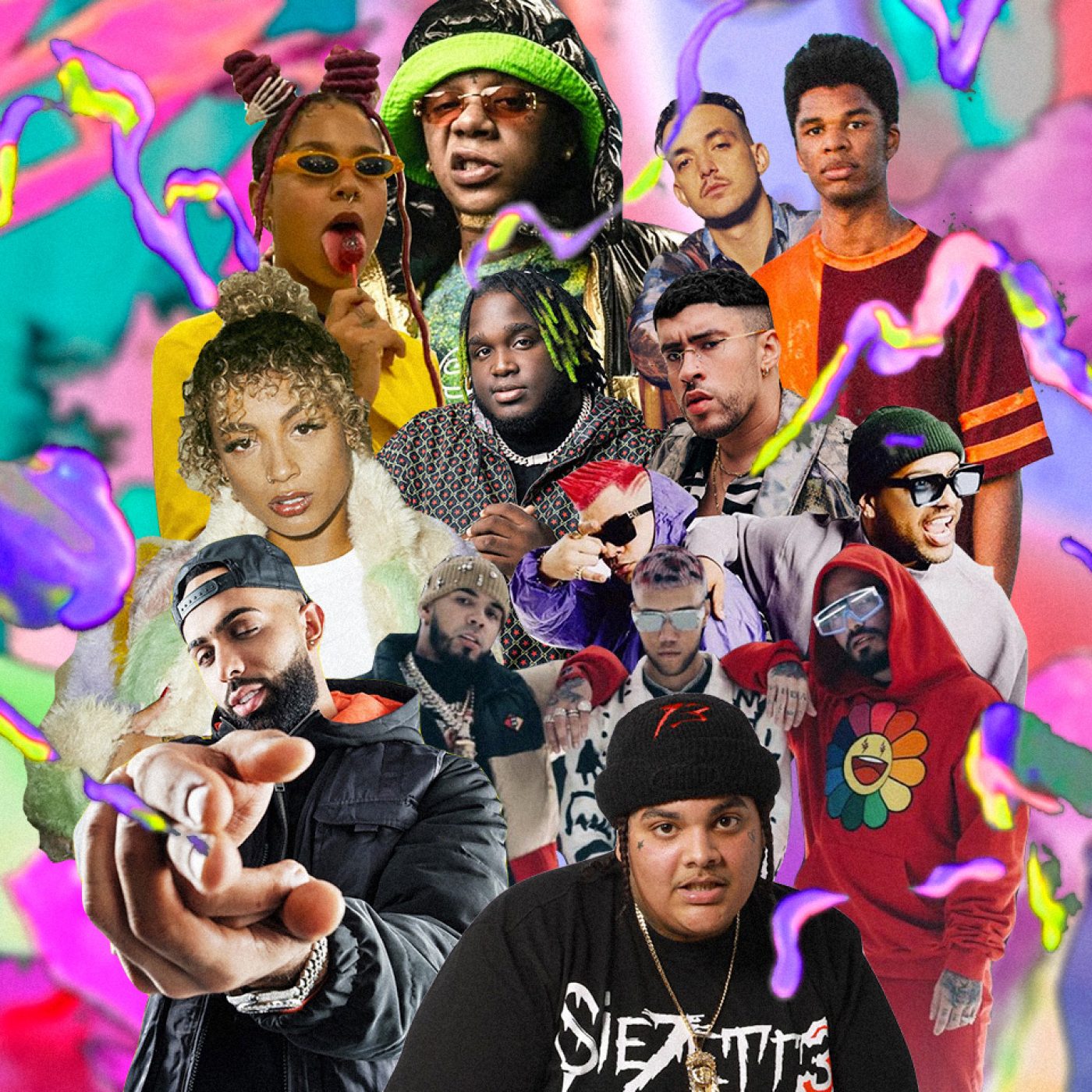 This is part of a series of blurbs and music reviews published on Remezcla 2020’s Best Music. Follow the subtitle’s hyperlinks to check all the lists.

It’s been five years since Anitta started pursuing her dream of breaking into the US music industry. She is a step closer to her goal after the release of “Me Gusta.” With the help of Rafa Dias, the mastermind of ATTOOXXA—one of the hottest music acts from the Brazilian state of Bahia—Anitta plays around with Spanish and Portuguese over a lean, but catchy pagodão beat. The tandem made by La Caldi’s flow and the sweet voice of Myke Towers finish the job of making a radio hit candidate from the tip of Alaska to the Ushuaia.

The late North-American composer Scott Bradley might have never thought that his mid-century score for Tom & Jerry would assume an evolved form as a blend of baile funk, drill and grime in 2020’s Brazil. That’s on account of DJ and producer Musão (aka Mu540) and rising fire-spitter MC Kyan. They revisited the 2014 baile funk track “Pam pam pam,” by Menor Magrinho, with the help of sliding 808 kicks and crunchy duos of hi-hats and snares. The outcome is a bass-boosted drill beat that Kyan cut up with his depiction of a block party night in a favela: fancy motorcycles, spicy flirts, some booze and loads of hedonism.

Among electronic music purists, there are those who raise their eyebrows at popular music genres. In their concern about the DJ’s perfect track transition they forget that the club music ethos is rooted precisely in modest music studios and shameless experimentations. Dominican, LA-based producer Kelman Duran has grasped that since his first release, the 2017 album 1804 KIDS. The track “Rihanna X William Basinki II” proves that he still finds boundaries to push in his particular universe of perreo from outer space. Rihanna’s fast-paced vocal floating above William Basinki’s piano score is a remarkable creative work on its own, but it’s the reggaeton drum loop that makes this song an exquisite piece.

The Brazilian DJ and producer Badsista has made a global name for herself with vicious dancefloor assemblages of baile funk and hardcore club music. Between performing Boiler Room gigs in Berlin to fostering a Latin American non-commercial electronic music scene, she still finds time to keep her high-skilled beat-making in tracks like “Machooka.” With a DJ-friendly extended introduction, the track is a ballroom banger made out of industrial pan drums and the blatant sample off of “The Ha Dance.” The vocals by MC Larissa, processed with chopped up and high-pitched filters, top off an ideal pick for the return of dips and catwalks when nightclubs reopen—we count on you, 2021.

To think of Arctic Monkeys or Strokes as rock bands for grownups can be frightening for early millennials who just reached their 30s. Slinky guitar riffs, call-and-response phrases and melodic choruses with falsettos are nostalgic traits of some pop music today. And yet, these are the most refreshing sounds in “Só Pra Ver.” But they are not served plain, as a raw meal. Felipe Puperi, the person behind Tagua Tagua, masters both music writing and production. He has glazed over the second track of his first album with multi-grained filters and a reverberating fuzz, revamping his 2000’s rock foundations into indie music for the 2020s.

Popularized by the visceral interpretation of the almighty Elza Soares, “A Carne” was born as a Black manifesto in Seu Jorge’s first album, Moro no Brasil. Such a powerful story carved by legendary Brazilian artists would be enough to daunt any attempt to revisit this song. Still, the power-trio Black Pantera took their chance—and they succeeded. The overdriven guitar riffs, power chords and guttural voices provide a new, insurgent mood for the rage already explicit in the lyrics and, particularly, the chorus: “The cheapest meat in the market is the black meat.”