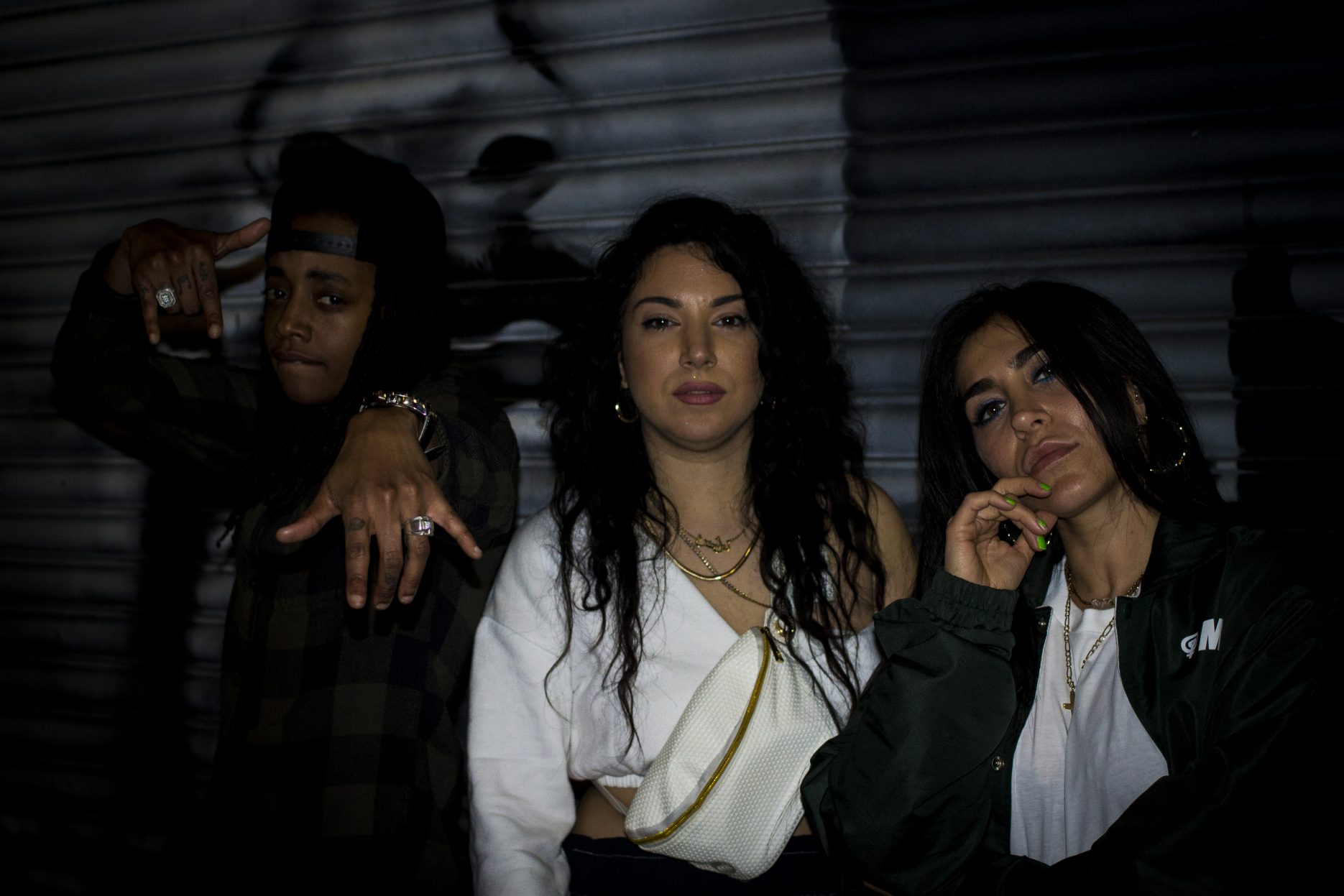 This is a photo and story assignment for HEREYOUARE magazine. It was first published in May 2019.

Squeezed in between widely known acts such as Kanye West’s Sunday service and Ariana Grande’s pop deluge, the British rapper Little Simz made her début at a big US stage at Coachella 2019. It was an important step for her career but also a milestone for a new wave of rap and grime artists from the UK. Years after we have been introduced to Skepta’s harsh lyrics and Stormzy’s unique prosodie, the British hip hop game is alive and several female artists are leading their way to the top.

Many of those artists, like Little Simz herself, were born or are based in England’s capital city. While IAMDDB’s soulful mix of jazz and rap was bred in Manchester and the spitting-fire tongue of Lady Leshurr is rooted in Birmingham, London’s numerous music venues and label headquarters, along with its diverse urban life, are still fertile ground for artists who navigate the open sea of hip hop. Ms Banks, Nadia Rose and Flohio are some of the other female rappers that have a close connection to the city and are often seen in 2019’s top lists.

At the moment, Shay D is hitting UK roads with DJ Ellie Prohan—who is also of Persian heritage—and the rapper TrueMendous. As part of Queens of Art project, they perform in different cities along with local female rappers. “We are already 18 artists: rappers, MCs, DJs”, says Shay. “Everyone working together, everyone following each other, everyone pushing each other.” So far, the collective efforts have paid off, since Shay is working on her first European tour and is lined up to play at the next Glastonbury festival.

Internet is a pivotal factor in this growing tide of female rappers in the UK. In  recent years, streaming services and audiovisual platforms such as YouTube and Instagram have become an important stage for them. Dis, a 19-years-old grime artists from South East London, is one of these Internet-based artists. Even though she rarely performs live, she says, her online persona managed to grab the attention of some UK labels and Drake— @champagnepapi is following her on Instagram.

Dis started taking rap seriously after winning a school talent show. She eventually had her first video clip released in September 2016. On “Cheeky”, the young artist raps over a horned, crisp beat: “First place yeah, I’ve never been a side chick”. Talking to HEREYOUARE, she adds: “I am always the main chick.”

“Ten years ago I would have not even thought about women and men rapping, but now there are a lot of eyes on women as we speak. Female artists are getting more confident nowadays”, says Dis, who has the support from friends and family in her career. “My dad used to be a rapper and he is very involved in my career, we even rap together sometimes.”

Presently, Dis is signed to GB Records, a music label that, like GRM Daily and other companies, focuses on promising British acts on hip hop. On a quick search on the Internet or a walk around London, you may come across the sound of this new generation of rappers and grime artists. Indeed, it is not that hard to find women among these new players. “At least the girls I know who rap, they rap about the same stuff that boys do”, says Dis. “And I am harder than them guys.”