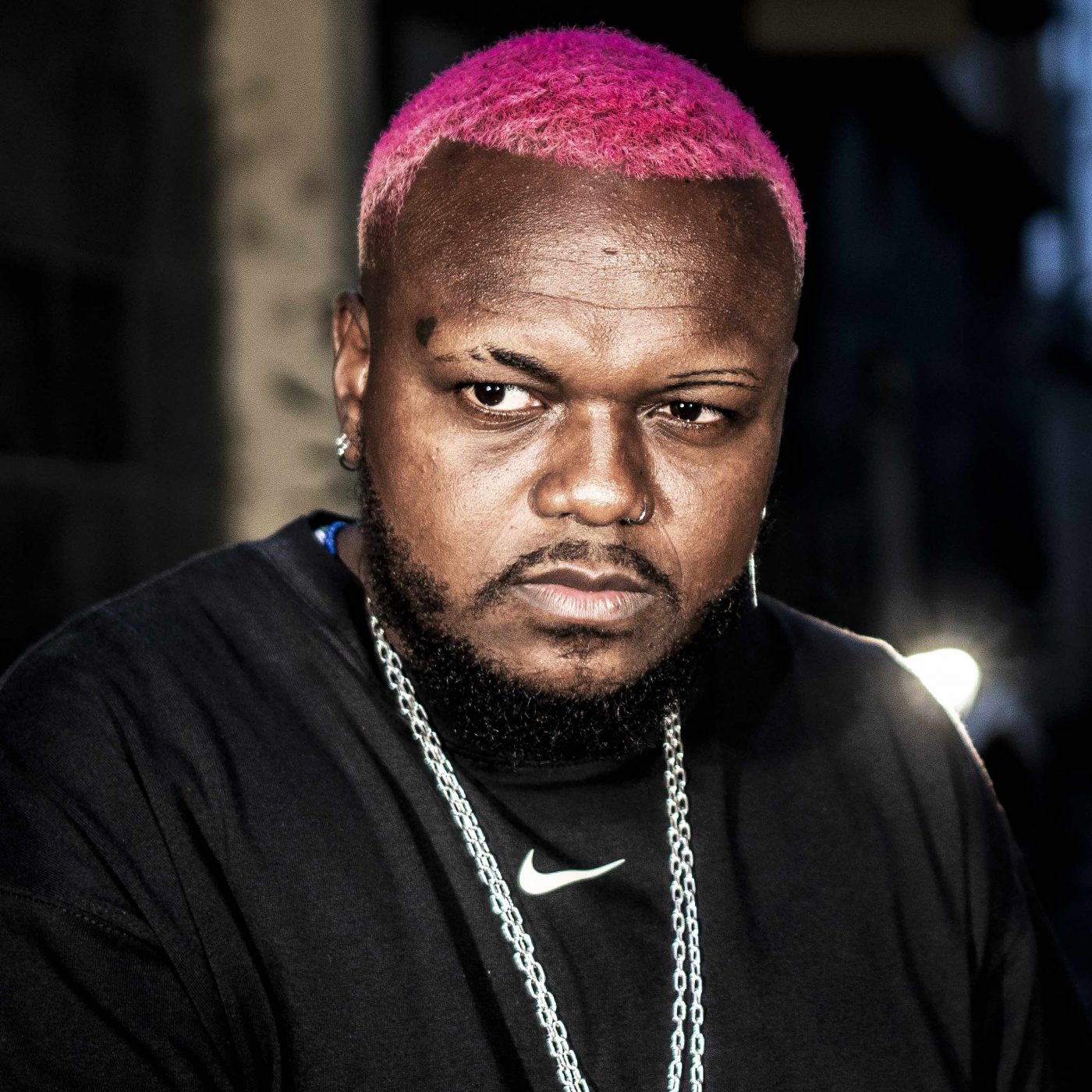 This is a story assignment for Remezcla. It was first published in September 2020.

Djonga was a top searched term in Brazil on October 14, according to Google Trends . That night, virtually every Brasilero/a wanted to find out more about the young rapper featured in Jornal Nacional, the most-watched Brazilian news program. In a three-minute segment , he sat next to his mother and grandmother and told viewers his story.

“I think that being on the TV gave my family a ‘mission accomplished’ sensation,” Djonga recalls. “I’m grateful for that, but I’m not surprised.” Rather than a hip-hop braggadocio punchline, the rapper declares that as a tranquil conclusion by someone who has always believed in the value of hard work. Djonga made the news because he is the first Brazilian to be among BET Hip Hop Awards’ nominees. Shortlisted to the “International Flow” category, the artist is sided by UK’s Stormzy and Ms. Banks, french rappers Kaaris and Meryl, South-Africa’s Nasty C and Kenyan trap star Khaligraph Jones.https://www.youtube.com/embed/qxXr2CYjHl8?feature=oembed

Djonga was born and raised in Belo Horizonte, Minas Gerais. This landlocked state in the Brazilian countryside is commonly associated with small towns from colonial times, portentous, banquet-made cuisine and a mountainous landscape. Hip-hop was never among stereotypes about Minas, but this started to change around 2016. “Something was going on back then,” the rapper tells Remezcla. “I guess I was featured in songs with everyone in the city.”

Djonga dropped his debut album, Heresia, in 2017. The cover pays tribute to Clube da Esquina, a 1972 long-play record from a homonymous collective led by musicians Milton Nascimento and Lô Borges. Just like that album became an artistry milestone for Minas Gerais in Brazilian music, Djonga’s Heresia was the 26-year-old’s first step to putting his state on Brazil’s hip-hop map. The task continued in years that followed with O Menino Que Queria Ser Deus, Ladrão and Histórias da Minha Área.

“I noticed that while ‘Ladrão’ was getting recognition and I was touring all over Brazil, in 2019, [the rap duo] Hot e Oreia was finding their path, I could help my friends of [the band] Rosa Neon, Sidoka got extremely popular,” Djonga recalls, mentioning these and other upcoming artists bred in Minas’ hip-hop scene, like FBC, Clara Lima and Chirs MC. “I believe I gave more hope for boys and girls from my city.”

Today, Djonga is a top tier artist in Brazilian hip-hop. Not only he is one of the best pens in the game; he can also navigate through flows and play different roles—like the bar-heavy spitter or the love song singer. In “Deus e o Diabo na Terra do Sol,” a track named after the quintessential Brazilian movie by Glauber Rocha, Djonga rhymes: “Não é sobre o que você recebe, e sim sobre o que você devolve: não adianta inspirar vida se você expira vala,” that is “This is not about what you get, it is about what you give back: there’s no point in inspiring life if you expire graves.”https://www.youtube.com/embed/Nrrj1Z7nY64?feature=oembed

Djonga is also a tireless writer who has released at least 40 songs in four years. That, and his lyrics that tackle up-to-date topics about the Black youth experience in Brazil—from struggling with racism to enjoying baile funk parties, makes his music sound as if it was made on the go.

“I think I am living one of the best moments in my career,” Djonga tells Remezcla. “Me and my team, we are doing a great job and, more than that, we carry on topics and ideas that are necessary to change things. I have no modesty in saying that I want to go way far with my work.”

Distance, for Djonga, is both figurative and literal. He is the only Afro-Latin artist among the 2020 BET Hip Hop Awards international nominees, and one of the few ones on the entire list.

“Despite the colonization differences in many Latin American regions, we have similar histories,” he theorizes. “I haven’t been in these countries yet, but I see that somehow we have this thing in all of us.”

The BET Hip Hop Awards, set to take place on Tuesday, Oct. 27, at 9 p.m. ET, is just another step in Djonga’long journey to becoming a leading Black, Brazilian, Latin American artist from Minas Gerais. So what will he do if he is the award-winner? “I don’t know. Nothing,” he laughs. “I guess I will work the day after, just like an athlete. I will celebrate with my family and then start to practice again.”