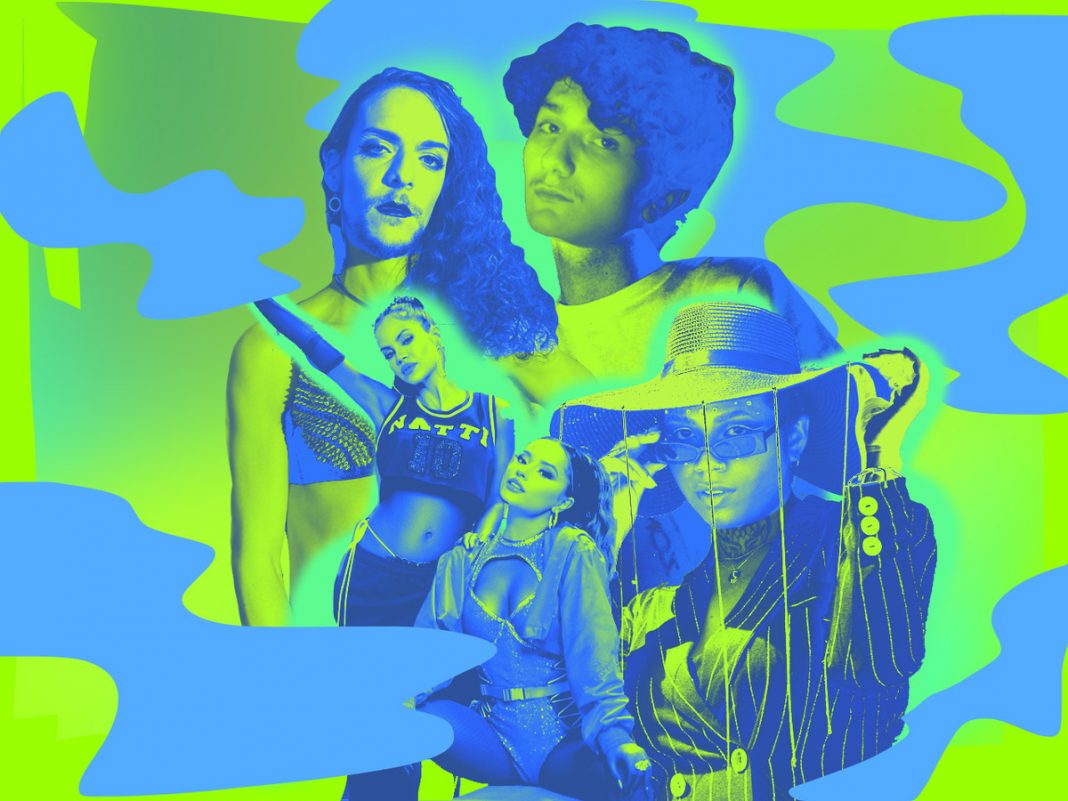 This is part of a series of blurbs and music reviews published weekly on Remezcla New Music section. Follow the subtitle’s hyperlinks to check all the lists published in April 2021.

Since her 2016 debut single, Drik Barbosa has never enclosed herself in labels like rapper, MC or singer. It’s not by chance that the only (literal) label she pledged allegiance to is the Lab Fantasma, São Paulo’s creative platform led by Grammy nominee Emicida. The collective provides the basis Drik needs to explore her artistic intentions, whether she’s playing the rap lyricist role or taking advantage of her soulful voice. She took the latter approach for “Seu abraço,” a mellow pagodão with Lovage-like guitar lines and airy vocal shots. The outcome, a dimmed-down afrobeats through Brazil, is the work of French-Brazilian musician Damien Seth and authentic Salvador-made RDD—alias for Rafa Dias, who also produced Anitta and Cardi B’s “Me Gusta.”

Don’t run to the next-door Genius platform or Twitter thread in search of hidden meanings behind Graveola’s guitarist Luiza Brine broken-hearted “volta pra casa” (“come back home”) chant. “Nosso Estranho Amor” is nothing more than a song about a sorrowful breakup. That’s the beauty of it. Unpretentiously, the music collective from Minas Gerais—Brazil’s hilly landlocked state—crafted a pleasing piece about feeling painful at heart. Such a simple and powerful take would not be achieved without the song’s blend of post-rock elan and old school experimentalism. The spaced-out drums, wah-wah’d and overdriven guitars and snappy bass lines give the song that ‘70s and 2020’s indie vibe.

Since Pop Smoke’s appearance and early farewell, New York has taken hold on hip-hop again and won’t let it go anytime soon—a point made clear by 2020 freshman CJ and his smashing debut, “Whoopty,” a track now overhauled with the help of brothers-in-bars Anuel AA and Ozuna. On this track, the 23-year-old nuyorican delivers the chorus and sets the stage for AA’s reckless rhymes and Ozuna’s raw lyricism. Both seem more free on this feature than in a number of their latest releases, taking advantage of every gliding basskick along the beat.

Pedro Barsa and Graciela Soares’ debut Corredeira is an album centered on water—in all of its shapes and stages. Bringing a pop-reggae vibe, “Sal d’Água” is their upbeat take on the album’s main driving force. Breezy subtle-thinned melodies, soft horn attacks and blended synth and guitar harmonies suspend their almost evaporating vocal lines throughout the song. Every song section seems to get fresher than its predecessor until the mood is broken by the outro: a reading of “Ismália,” a poem written by Brazilian poet Alphonsus de Guimaraens and also revisited by rapper Emicida in his album AmarElo.

Those who dare to say that dancehall is a fad of the past are unaware of Sean Paul’s relentless campaign in bridging Jamaican club music with 2020’s global pop currents. A few weeks after the release of his latest album, Live N Livin, the artist teamed up with producer Imanbek and Mexican singer Sofia Reyes to bring to life the openly commercial dancehall-EDM “Dancing On Dangerous.” The easy-listening build-ups, the unavoidable drop, the multilayered singing of Sofia Reyes and the horns buzzing all over the beat make the single a first class competitor for next summer’s top-charts.

For some, the urge to express is an unbearable burden that cannot be refrained into any sort of support or sign. These we call multidisciplinary artists in a vain effort of shaping and conveying subjectivities as words. Wearing as many hats as they can, Virus and Moxca are two Brazilian youngsters who are surely under this category. Moxca’s fierce, Basquiat-like brush strokes have already put him on the frontline of a rising vanguard in Brazilian visual arts. Virus, in turn, has been groping his way of speaking to the world with singing, rhyming and painting. “Eu Não Quero Sua Cruz” is the duo’s first song and it shines their potential. The track is a journey from ambient-IDM, glitch jungle and enraged spoken-word, a decolonial statement with out-of-tempo rhythms tamed by crafty producer JLZ.

In her new single, the Peruvian and Paris-based artist Yanna brings together the stories lived by the women of her family and merges them into a sonic short story. Starting with a sampled testimony about violence, Yanna manages to fit a number of episodes about physical and psychological abuse in under four minutes, while also touching on enjoying life. Her Viviana could be found in different Latin American countries and, sonically, Yanna plays around with chopping dembow beats and taking advantage of different vocal techniques. She sings joyfully about being the queen of the neighborhood, but raps hard whenever it’s needed.

Dancehall basslines, trap drum rolls and kicks and an earworm chorus: These are the elements that make up the foundation of the latest pop attempt by Isa Marina. After her 2017 debut and a couple of singles in the years that followed, the Bronx-based singer seems to have found a home in the making of a track that’s made for the 2021 outdoor summer ahead of us—the lyrics even come with an “ole ole.” Marina’s vocal inflections along the beat evoke an inevitable comparison with J. Lo in her “Get Right” era, which is a rather good sign.