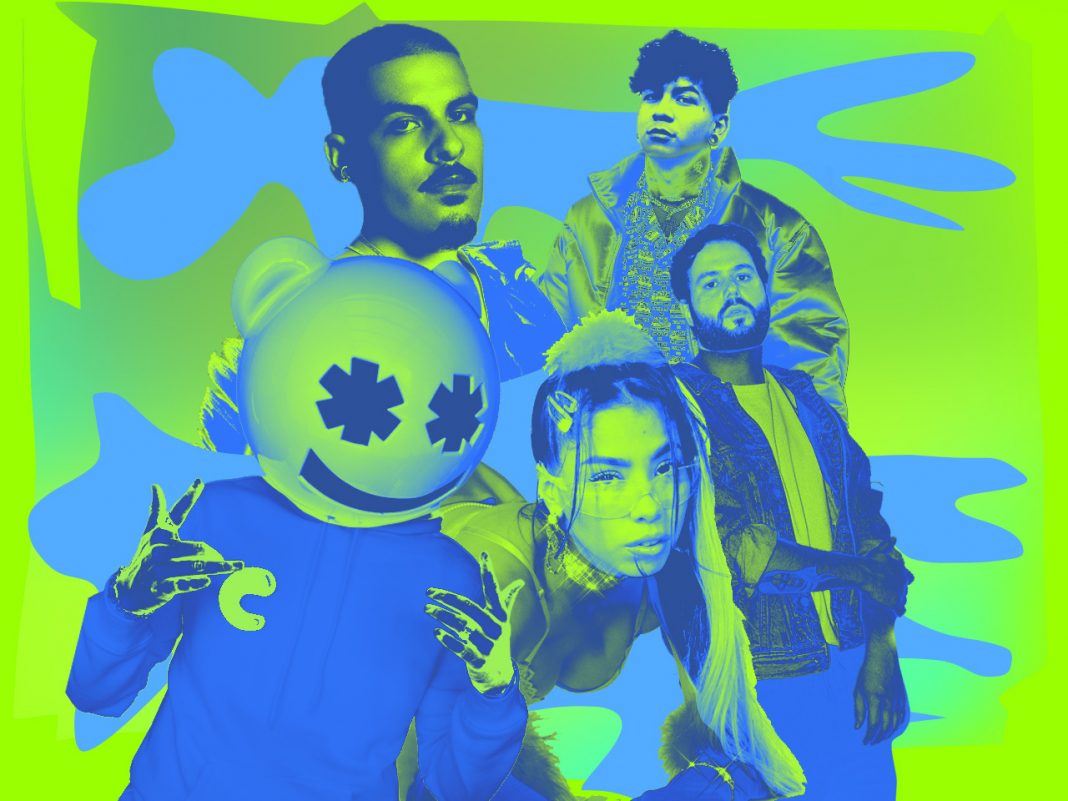 This is part of a series of blurbs and music reviews published weekly on Remezcla New Music section. Follow the subtitle’s hyperlinks to check all the lists published in December 2020.

Caverinha is the Brazilian trap prince. In less than two years, the MC has grown from an internet phenomenon with just one single—the sneakerhead tune “Não Pisa no Meu Boot”—to become a true hope to Brazilian hip-hop with solid hits. The 12-year-old MC is still paving his way around the trap track, but “Meu Corre” shows that he can deliver more than auto-tuned rhymes. That’s why he’s sided by Djonga in this song; the 2020 BET Hip Hop Awards nominee drops a few bars with his high-quality pen, no matter the beat on which the lines land.

Carlos is a skilled beatmaker who was bred in both the baile funk SoundCloud community and the street parties of Rio’s suburbs. His first album, shani, is an eloquent display of the artistic capabilities he has developed throughout the past years: from the cinematic soundtrack to complex beat-making. “Nayarah” is the closing track of his cyber-driven, afro-futuristic LP. The theme is a beautiful contemporary jazz oeuvre that features hazy textures and structured melodic and rhythmic lines by Grãomestre—a band made of talented musicians from Rio, something in between Brazilian jazz masters from Azymuth and the Canadian band Bad Bad Not Good.

From Melii & 6LACK to Empress Of’s Remix of Buscabulla, Here’s What’s We’re Listening to This Week

At first, “Sua” could be a song taken out of an aged, melancholic post-punk compilation. The reverberated chords exhale that ‘80s atmosphere. That’s only opposed by the soft drumbeat and, eventually, the voice of Sandyalê. With the help of multilayered trembling guitar lines, the artist effortlessly sings out her feelings of love—”I am yours,” she whispers. She isn’t surrendering herself but rather writing a self-conscious passionate letter that puts her in the same room as other Brazilian singers (e.g. Marina Lima, Letrux) who have once sung about love with some spleen.

Muse Maya is an artist from Rio de Janeiro who has tried out many different genres and moods in less than a year. From the melodic drum ‘n bass in “Carioca” to the neo soul in “Labirinto,” she now seems to have decided to take the road opened by the single “Teu Sauce.” The song is an oozy, sexy R&B sustained by trap drum rolls and trip-hop aesthetics. Performed in a dark pitch room, Maya bridges the languid guitar lines of Massive Attack and the obscure club vibes of Kelela.

FUNDAMENTO is a remarkable album conceived by the Brazilian young artists Marabu and Levi Keniata. The album is one of a kind, with a baile funk opera led by Marabu’s amazing sense of storytelling and fine art sound collages patched by Keniata. CALMÔ, a samba song, is the act that takes place shortly after the hero is introduced. Marabu sings about finally meeting with his loved one as the unique cuíca—an instrument that swings between melody and percussion—plays. A dream that, just like the song’s electronic textures, fades out.

“De que lado” is the second single off of indie singer Rrocha’s upcoming album, Conterrâneos Estrangeiros. It takes a different path from the one in his first release, “Rua.” The new production reiterates the artist’s trippy chillwave ambitions while exploring sound possibilities taken from rap and R&B. We listen to spaced beats and good rhymes delivered by Zudizilla—a rising rapper from the Brazilian southside, a region that doesn’t have a long-time hip hop tradition.