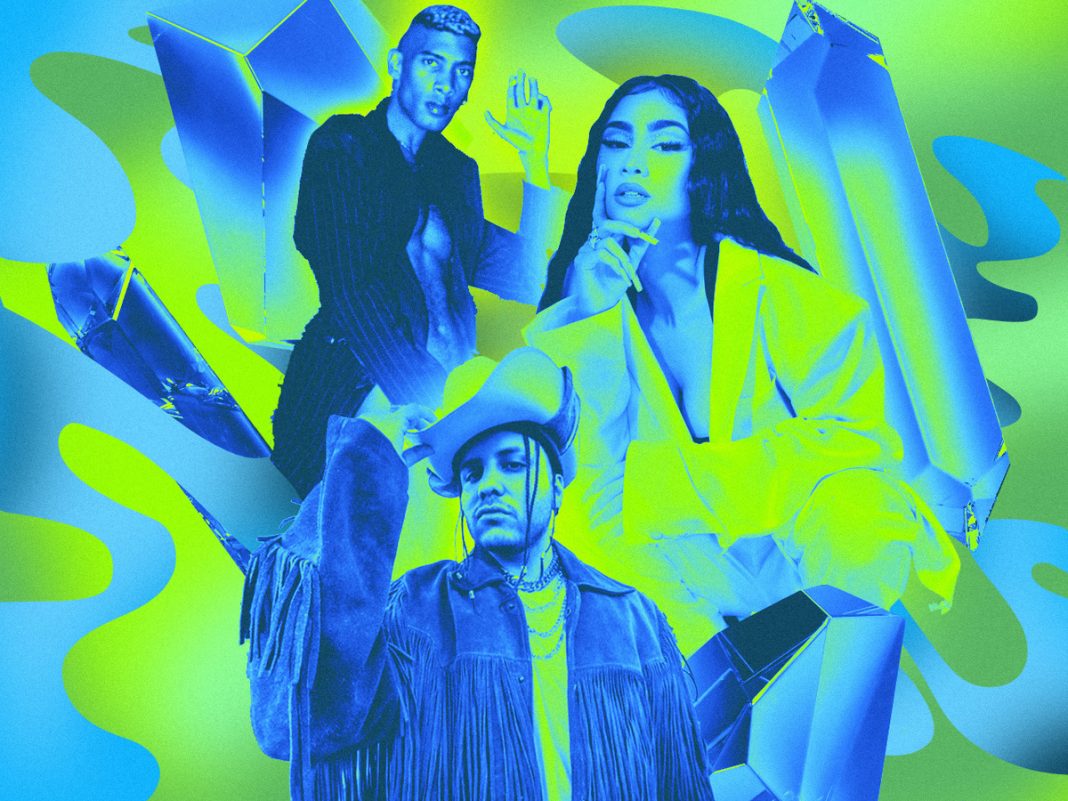 This is part of a series of blurbs and music reviews published weekly on Remezcla New Music section. Follow the subtitle’s hyperlinks to check all the lists published in February 2021.

Mandrake is a somewhat new slang in São Paulo’s favelas used to describe a guy who always sorts himself out—a confident, fashion OG who cleverly knows the ways and crossing paths of social rules. That’s the character depicted by the young singer Torya in her new single. Her mandrake is also her loved-one, and she sings with deep affection and softened breathing vocals about handguns, Nike Shox sneakers and Mercedes fancy cars. This wouldn’t be new if the lyrics were delivered over a pumped up baile funk sample. But the phonk beat shaped by producers Bié and uzzn tie up a gloomy, languid track.

For those who are tirelessly questing the commodity-land of music streaming, there’s a hidden gem squeezed in between a short-stepped bebop intro and airy sample from Jodeci’s “My Heart Belongs to You.” This fine stone is called “Besteira,” one of the latest singles of Rio de Janeiro’s duo Yoún. With the help of Gilsons, an upcoming talented trio from Bahia, the young musicians Alisson and Gian have entangled danceable afrobrazilian harmonies, sparkling R&B layers and affectionate lyrics. What they offer us is a journey from jazzy prairies to candomblé’s ijexá rituals. Both Yoún and Gilsons are names to have on the radar in 2021.

Slowthai Is All but ‘Cancelled, Mosa Takes Us To ‘Heartbreak University’ & More in New Music

Jadsa is another artist from a seemingly never-ending wave of talented artists born and raised in the state of Bahia, Brazil. Taxidermia, her last EP, was one of the most interesting releases of 2020’s Brazilian music. The bar was set high, and yet she seems to be up to it in her upcoming album Olho de Vidro. “A Ginga do Nêgo” pivots from spoken-word to concrete poetry on a broken-tempo, syncopated jazzy backbone. It is a spaced out puzzle shaped  with a theatrical sound, an echo and an homage to legendary craftsmen of Brazilian music like Itamar Assumpção and As Orquídeas do Brasil.

Amor Satyr’s new single is a global dancefloor track fit for 2021’s omni-screened world. The track spans from Brazilian alleys and European clubs, SoundCloud channels and netlabels—in this case, the French collective Promesses. Aside from their taste for raw electronic rhythmics, all of the artists on the track call Brazil home. The result is a muddy, cyber baile funk track delivered by the Paris-based producer, sliced by Buzz’s mumble rapping, and finished off by T9 fierce bars.

Some in Brazil say that February is the year’s Saturday. In a pandemic world, though, even the long-awaited Carnaval month has turned into just another gray mass of quarantine days. No better time for Pedro Ivo Frota’s fourth album, Carnavalia: a frame for his kaleidoscopic, inside-out composite of a country’s soul. In “Bicho Pau,” Pedro hops on odd polyrhythms, staccato synth lines and wordplays that would put the best tongue-twisters to shame. It’s a drunken sambista getting his way home at the end of the Carnaval’s four days: as a roly-poly toy, he may fall—but he won’t.

Once known as Instagram’s favela it-girls, the Okere twins are shoving in the Brazilian hip hop stage as the new defiant ones. “Salve” is not their debut, and it follows a rising sequence of releases, but the track is the first one to encompass crispy and resourceful flows with a simple, yet sharp narrative. From hints of Migos’ “Bad and Boujee” and African emperor Mansa Musa to colorful lines about the before and afters of sex, the lyrics come enfolded in a pounding ensemble of bass drums made by JXNV$. The diehard producer from Rio’s leading hip hop collective Bloco 7 refixed the sacred Dr. Dre’s Still D.R.E. piano lines and hasn’t sinned doing it.