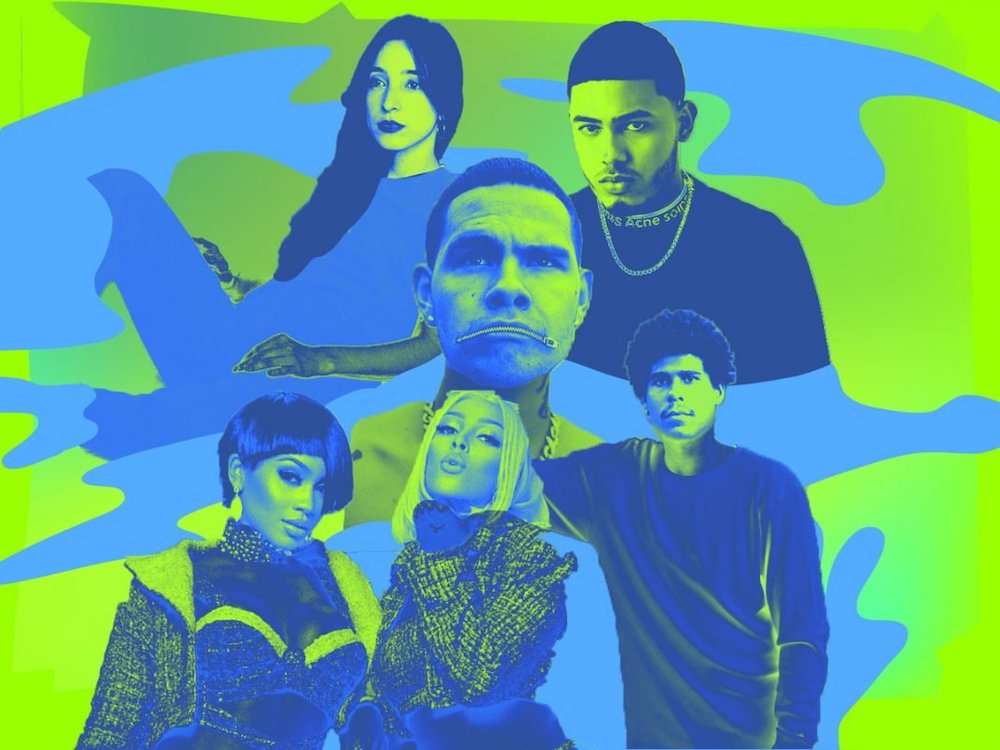 This is part of a series of blurbs and music reviews published weekly on Remezcla New Music section. Follow the subtitle’s hyperlinks to check all the lists published in January 2021.

From slowthai to Myke Towers, Here’s What We’re Listening to This Week

Larissa is Anitta’s real name and this is, let’s say, an ode to the Brazilian popstar—or her alter-ego. Pedro Sampaio, one of the top-tiers pop producers from his generation, blasts his way through the track with a catchy boom-bap beat reshaped with modern hip hop textures. Along the bridges, he also gives us a zest of baile funk so Larissa can unveil Anitta’s moves in the music video.

Born and raised among the parakaña Indigenous group, Juyè moved to Rio when she was ten. After a few years of singing and piano practicing at the city conservatory, she started to hang with the Piramide Perdida crew—one of the most exciting hip-hop collectives/label in Brazil today. “Menina” is a single from her first album, yet it has the tone of a polished work of an experienced artist. It’s a summery made-in-Brazil afrobeat with flavourful vertical dialogues between guitar chords with great deliveries by BK and Thiago Jamelão—two young and talented musicians that have released great works in 2020.

From Criolo To El Último Vecino, Here’s What We’re Listening To This Week

Spanning from a three-decade underground career, Criolo became one of the greatest names of the Brazilian popular hip hop explosion in the beginning of the 2010s. This breakthrough might have carried him away within the MPB in the following years, but hip hop had always been his safe space. Fellini is a come back movement that points forward. Full of double-entendres and multilayered references — Criolo goes from Lévi-Strauss’s memoir of Brazil, “Tristes Tropiques”, to anthropophagy —, the song is an urban mental flow portrait. The beatmakers Neguim and Deekapz set the tone with a high-pitched flute all along the beat that feels like Travis Scott’s and Skepta’s “Praise the Lord”.

Mc Tha’s Rito de Passá was one of the most acclaimed debut albums in 2019’s Brazil. The 27-year-old artist managed to join candomblé’s cosmogony and afro-brazilian images with electronic, raw rhythmics and sweet melodies. It would be premature to let this achievement be engulfed by the hectic 2020. Instead of releasing ready-made songs to fill streaming platforms’ timelines, Mc Tha transformed three of the album’s songs into a short-movie. “Despedida” is the best one of the trilogy. The bittersweet lyrics on irresolute love and the need to say farewell are only overplayed by the pagodão upbeat drumlines.

From Nomi Ruiz To Pahua, Here’s What We’re Listening To This Week

The Brazilian outback, known as sertão, is an enormous reservoir of folkloric music and century-old traditions. A staple in the return of Brazil’s movie production in the ’90s, “Auto da Compadecida” takes place in this arid, yet fantastic landscape. Buarky drinks from this same source to build his own “Auto da Compadecida” with a remix of the movie leitmotif “Rói Couro.” As if the heavy kicks and the baile funk vocal shots were made to match the original song, the young producer energizes the embolada—a form of music and spoken word practice—and brings it with the flute-like pífano to the dancefloor.

Cliffhangers and crescendos are a clever trick exhaustively used in pop music (just think about all the EDM drops we’ve been listening to). Thus, it’s alleviating to see some creativity hidden in the form of composition Chico Chico and João Mantuano managed to make in “A Cidade.” The liveliness of this song is not only found in the well-constructed drumming phrases or throughout the enraged singing—it’s also packaged in the lyrics, an open letter about urban and emotional inequities.