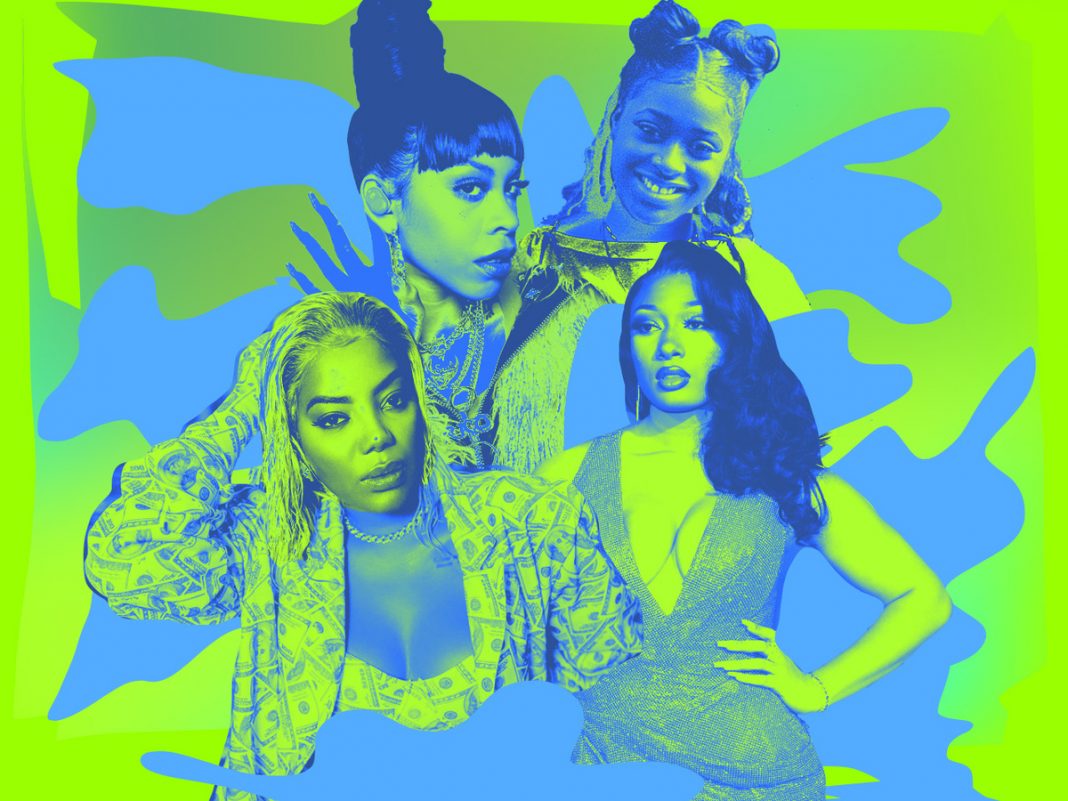 This is part of a series of blurbs and music reviews published weekly on Remezcla New Music section. Follow the subtitle’s hyperlinks to check all the lists published in November 2020.

Baile funk has a strong connection with street parties because it’s where producers, DJs and MCs try out new releases and constantly reinvent the genre. That’s all on hold with the pandemic, so the “sets,” long length tracks featuring several MCs, have gained success across YouTube. DJ GM masters this new sound and keeps the good work here. The producer made an identity for himself fusing treble strings, tropical upbeat keynotes and EDM-esque voice samples. The slower tempo—an aesthetic trend bred in the favelas of São Paulo in the past months—allows upcoming MCs Paulin da Capital and Lipi to play with melismatic singing and joyful lyrics about love, money and parties.

Around 2015, VHOOR was a bedroom beatmaker releasing chill baile tracks on SoundCloud. In recent years, he’s grown to become a promising Brazilian producer whose partnered with the likes of SD9 and Sango. “Dono” is indeed a fine work of production, from composition to mastering. The song revolves around a smoothened atabacado baile funk beat (you can expect heavy percussion here) topped by trap hi-hat rolls, powerful kicks and reversed dark synth chords. The fast-paced rhythm and flute line places the song somewhere between “Praise The Lord” by A$AP Rocky and Skepta and Rashad’s footwork gem “Drank, Kush, Barz.”

Brazilian grime has gained momentum in the past months after a couple of releases that blended the music genre from London with baile funk. Now it seems that UK drill is the next in line to be largely reappropriated by Brazilian kids, and artists like Big Bllakk are on the frontline. In “SIRENES,” the twenty-something-year-old MC uses names like Martin Luther King and Andrei Starkovisk to depict his idea of Blackness in the rough, filmlike streets of Rio. Bllakk not only rhymes, he also sings with a rash, deep voice over a beat solidly packed with 808s sub-bass attacks. By his side, the grime MC SD9 shows off his good pen game a few months after releasing his debut, 40º.40.

Liniker is one of the best artists from the new generation of Brazilian singer-songwriters. Her lyricism keeps a tradition of sophisticated poetry in the Brazilian cancioneiro and brings new themes to MPB (Música Popular Brasileira) such as openly LGBTQ+ topics and cosmopolitan love stories. In her new single, Liniker cleverly unfolds Brazilian Portuguese with double-entendres wordplays singing a groovy romantic song. “Psiu”—a Brazilian onomatopoeic equivalent to “psst”—starts as a subtle call for attention and travels on a crescendo to become a sound-hug under the rising morning sun.

“I am the Favela Queen” is what Ludmilla declares loud and clear in her new single. In order to make such a claim, the artist delivers a by-the-book baile funk song where the utterly known beatbox sample is accompanied by low-pitched, grim piano chords. But this is just halfway to the throne. In the music video, Ludmilla is crowned by a league of female MCs who have made history in Brazilian funk. The rite of passage takes place in a remarkable kitsch and camp banquet at the highest spot of a favela. Long live the baile funk monarchy alliance of MC Carol, Valesca Popozuda, MC Katia, Tati Quebra-Barraco and Ludmilla. (At the end of the music video, the singer gives a clear hint that she will eventually release a song with a hispanohablante artist—my guess: a reggaeton hitmaker).

Vandal is an obstinate outcast in Brazil’s hip-hop scene but he does not seem to care about pleasing others. The rapper is profoundly grounded in Salvador, Bahia, a city that has been left aside by the Brazilian music industry since the beginning of the 1900s. Also, he owns a sui generis sluggish flow that suits both slowed-down ragga jams or sped-up grime samples. Along with Leo Justi, a Brazilian producer who has given a maximal, club music tone for baile funk with his Heavy Baile project, Vandal rhymes over an eerie anti-melodic beat here: “I won’t bow down, my ancestors were pharaohs and kings.” The music video shows reckless bikers wheeling—chamar no grau is a common practice amongst kids in Brazilian favelas.