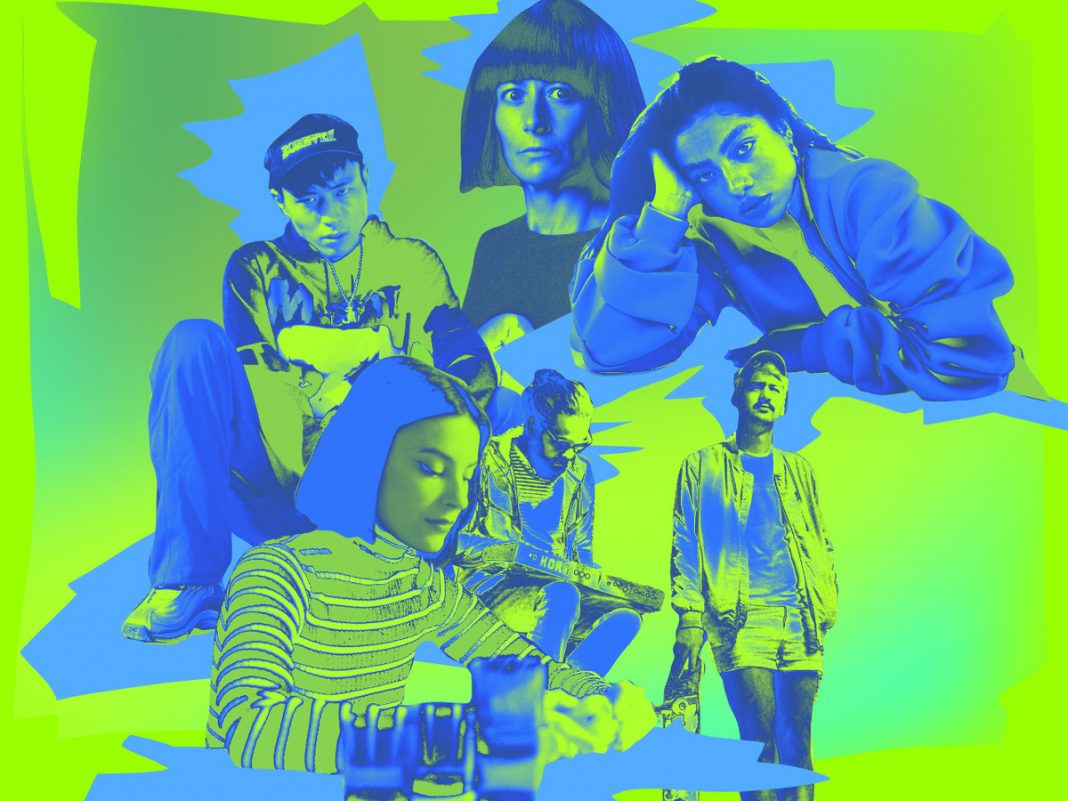 This is part of a series of blurbs and music reviews published weekly on Remezcla New Music section. Follow the subtitle’s hyperlinks to check all the lists published in October.

Marco Gabriel comes from São Luis, a northern Brazilian city that is best known for its love for Kingston Soundsystem culture and music. In a Black Atlantic connection, the artist links the dots between Jamaica’s first MCs and U.S. hip-hop culture in his first music video. Chato means boring and annoying, and the song has a “keep it real” stance overall as Marco spits ferocious bars about Blackness—Black mothers, prejudice, and his refusal to become a pop trap phenomena. The artist is sided by the young poet Débora Melo in a captivating music video that presents the alleys, working people and daily life of their city.

Brazil’s capital, Brasilia, is a city built from scratch, out of a utopian dream of modernity. So, since its foundation 60 years ago, “real” life is found in its surrounding areas—far from that bureaucratic, aseptic, state-owned complex. That’s where Sobradinho, ‘akhi huna’s hometown, is located. The duo—made up of multi-instrumentalists João Davi and João Pedro—delivers an ode to the small city in their début. “Summertime Sobrado” is a jazzy, chill wave song about enjoying the small things in life, like hanging out and listening to Brazilian canons like Djavan on a warm day.

Brazil’s indie scene peaked in the 2010s. Several small venues opened all over the country and a number of music festivals were born. Also, nightclubs threw parties with live acts such as Holger or Dorgas and DJs who played LCD Soundsystem songs—all of that on the same night. This scene is not as brilliant as before but it’s not dead—it’s just underground again. The duo A Balsa proves that by linking Brazilian indie’s recent past and near future with “Veraneio Temporal.” The dream-pop, danceable song is made out of compelling harmonies built upon flaring guitar arpeggios and a diverse set of keyboard lines, from sparkling notes to cyclical patterns. The music video, a pretentiously surreal and hazy trip, gives the tone: the song can remind us of the North-American artist Washed Out, but it also sounds fresh and fun.

Brazilian singer Flora performs in both tenebrous, gloomy rooms and overexposed open spaces here. She plays the role of shadows in some sort of Plato’s cave and the eternal duality of darkness-light is just a representation for her. In “A Emocionante Fraqueza dos Fortes,” Flora strips out the human condition recalling that it takes courage to show weaknesses. The song was produced by Wado, a well-known singer-songwriter in the Brazilian indie scene. Both he and Flora reiterate the lyrics’ dichotomy delivering a groovy, full-bodied bassline contrasting with upbeat guitar lines. The line where dictatorship rhymes with censorship may be a jabbing hint dropped by the artist to Bolsonaro’s Brazil.