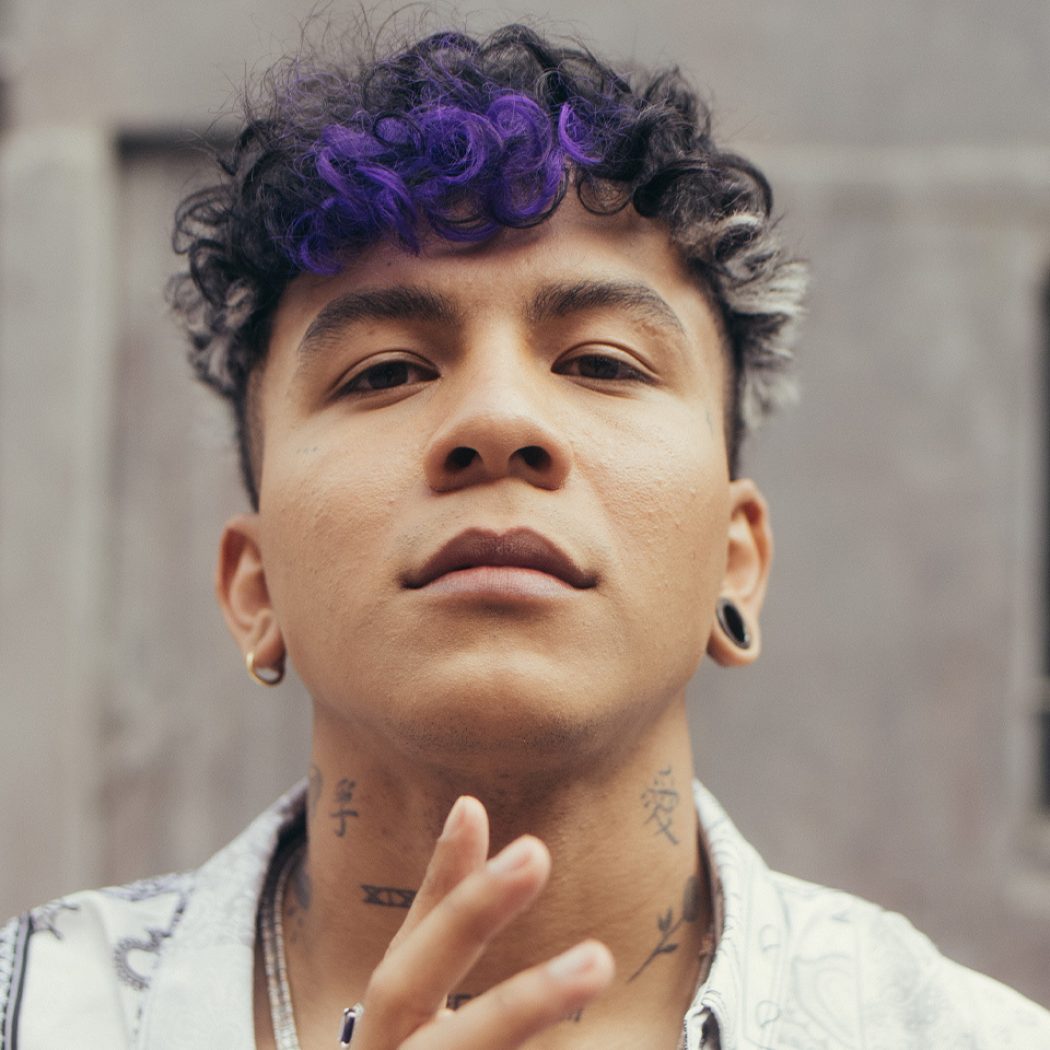 This is a story assignment for Remezcla. It was first published in April 2021.

Once again, Gustavo Rafael Guerrero Soto finds himself backstage at a music video set. This is not unusual for the Venezuelan rising star, more commonly known as Big Soto. Over the last year, Soto has shot at least 19 of these, reaching the impressive rate of one video per track in his latest album The Good Trip . The LP lives up to its name as the artist literally takes a trip around the world to shoot visuals for the album, thanks to a late-night idea from his manager; in the video for “Estamina,” we see Big Soto spitting bars at a kaleidoscopic lamp store in Istanbul, while in “Loquera,” he reps his neighborhood in a Dubai hotel and then flashes his haute streetwear staples in “Diamantes.” Visually, it’s a fun, multi-colored panel that mirrors the sounds he put together in his most ambitious project yet.

“Mano, creativity has no boundaries,” the 24-year-old artist tells Remezcla over a Zoom call while taking a break from shooting. Already a remarkable and known name in the new Venezuelan hip-hop wave, Soto steps up his game here to achieve new heights in global music. The type-beat debut Young Cream and his sophomore album Apokalypsys, featuring fellow venezolano Neutro Shorty, are milestones for the trap movement that has grown out of Caracas since 2015. But Big Soto wanted more and in 2018, he started to work on The Good Trip.

The new project has a home studio rawness to it that’s found in Soto’s first hits like “Funny.” Yet it also saves slots for trap standards like “Estamina.” On the other hand, the Venezuelan boy—who also oversees all the music production—shows off new tricks with trippy textures on “No Me Sales” and a soft-mellow approach on “Diamantes.” One of the album’s hottest tracks, “Keke” is a slapping reggaeton with a flanging bassline. The music video keeps it simple, and it scores high with Soto and Noriel shifting their flow gears in front of a smoky ‘70s Dodge Charger.

We sat down with Big Soto to chat about skateboarding, his hunger for success, a possible step into the world of fashion and more.

This interview has been translated, lightly edited & condensed for clarity purposes.

You’ve been living in Mexico City for a couple of years now. How has the city affected your work?

Mexico City is a key point in the Latin music scene. It’s central in Latin America, and it’s also close to the United States, so everyone comes here, everyone finds themselves here. There are always artists who I can collaborate with around here; it’s really cool. I feel that I came to town over a need to expand my music; I was limiting myself in Venezuela. Obviously, since I got here, the change has been incredible. It was a radical decision for me—one day I was in Venezuela and the day after that I was in Mexico, but so far I’m having a great time.

And do you still go out for a skateboard ride every once in a while?

Yes, I still have my board and I skate whenever I can!

In some of your songs, you mention being born and raised in a small Venezuelan town where there’s not even a cellphone network. Today, you’re a trap star living in one of the largest cities in the world. Tell us about that gradual change.

I was born in a small town, and I’ve always dreamt of going to Caracas. When I first started to make music, it was just for fun. I mean, it still is fun, I still have that feeling, but in the beginning, music was something I used to do [just] to chill out with my friends. Then I started to go more often to Caracas, I was into skateboarding and met a lot of new people, like [the rapper] Trainer. We did a lot of music together and eventually, we got our first Latin America tour. I remember that… When I got home after that trip, I bought my first car and started to work with a manager.

How was the Venezuelan trap scene back then?

When the trap scene really kicked off in Venezuela, like, four years ago, people used to overlook it [and] think of it as something bad. We were not respected. But there were also people who were into trap music, who thought of it as something interesting. And then, trap got bigger. Obviously, since I was there from the beginning, there were a lot of things I’ve seen and lived through. Venezuela is a ‘rap country;’ this kind of music has always been there but when we started doing trap music it was something raw, more explicit, we used to talk about booties, parties—and it really got a grip on this new generation. Then, there’s the migration factor, because many Venezuelan people left the country over the last years, taking our music abroad with them, whether to Chile, Peru, Argentina… many countries.

Your latest, The Good Trip, is not only a trap music album, and there are a number of artists who you worked with to build it. How did you manage to keep its coherence?

I started thinking about the concept of this album three years ago, but I had to stop working on that because I had a number of singles I wanted to release apart from it. The album is like a messy house: it’s a mess, but everything is in the same house, you see?

Almost all the artists who collaborated with me on this album are people I’ve known for a long time, people whose work I enjoy. At first, I imagined The Good Trip as a trap music album, but as I met new people in the world of music, the album has become an album for different audiences.

Your sound has changed since your first album: Young Cream is 100% trap while The Good Trip brings on a number of new routes. Do you think your lyrics have also changed?

I talk with a friend of mine, [R&B Venezuelan singer] Micro TDH, a lot about how people who are new in the music industry are hungry for something. At first, I was hungry for money, for the world. Now, I’m not a millionaire, but I’m at ease; I’m not hyper famous, but there are people who know my name. I couldn’t keep on writing about the same things I used to write about five years ago, I couldn’t keep that same mindset. And this can also change in a couple of years. Creativity has no boundaries.

There are kids in Venezuela who see me as a hero… it’s incredible.

I see. You’ve even thought of working in fashion, right?

Since I was a child, I’ve been really interested in fashion, mostly sneakers. Clothing, hoodies, sneakers—those are things that often appear on my first songs. I feel that I’m very fond of clothing, but not as something material. I like one specific pair of pants, one kind of sneaker. I’m a huge fan of Nike though, it has become a fever for me. I dream of a partnership with Nike, Jordan, or Nike SB, maybe releasing a pair of sneakers designed by me.

What are your next moves? I’m sure you want to put this album on the road.

Of course! I want to go touring with this new album, but we still have to wait. I want to be all around Latin America, Chile, Argentina, Colombia, Ecuador, Venezuela.

Today, years after you first started your music career, how do you think people in Venezuela see your work?

I know there’s a new wave of artists with their own personalities, their own sound, and it’s amazing. There are kids in Venezuela who look up to me, who see me as a hero, and it’s incredible to be recognized like that.